One way to determine the best sports fans in the US and Canada, is to simply add up the attendance of the 5 major sports, NFL, MLB, NBA, NHL, & MLS, and then divide by the city population, to get the number of pro sports attendees per resident.  For cities with multiple teams in a single sport, attendance numbers are added together before dividing by the population.

Season totals for each team come from ESPN.com and SoccerStadiumDigest.com.  City population estimates from the latest (2016) estimates are from the U.S. Census Bureau and Census Canada via Wikipedia.  Using this method, the ranking of the best sports cities in America yields the following table. 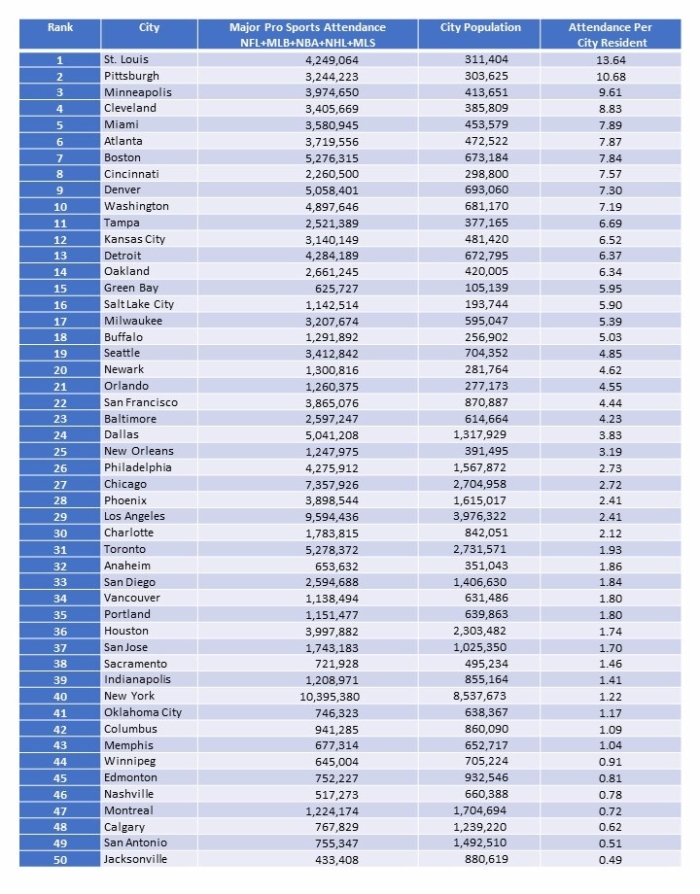 Since the size and characteristics of cities within their respective metro areas varies wildly from city to city, it can be argued that a ranking of best sports metro, vs. city, would be more interesting.  Replacing the denominator in the “per resident” calculation with the metro population yields the following ranking for best sports metro fans.